Recent market volatility and the outlook for 2018 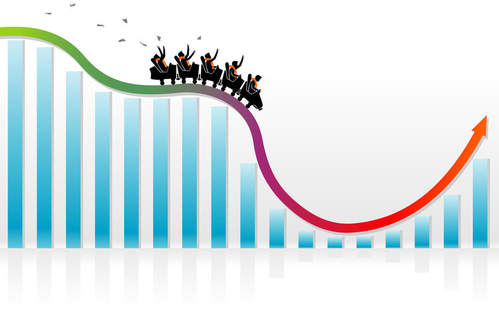 There is no doubt that the market has been volatile over the past couple of weeks with the Dow Jones (USA) falling 10%. But whilst our TV screens and newspapers hit us each day with the fear of impending doom, its important that we as investors put it all into perspective. The Dow Jones has risen 14% over 3 months, 23% over 6 months and 32% over 12 months... so a 10% fall from its record breaking high is not the end of the world....it’s a correction!!

Whilst still early days, it seems the market is looking for a bottom, as this current correction plays out.

The Australian market was nowhere near as HOT as the USA market. Since the start of 2018 the ASX 200 has  fallen -3.80%, with the last 3 months return being -3.00% and 6 month return +1.20%. So whilst the Aussie market hasnt had the inflated returns apparent in the, the ASX unfortunately falls in sympathy with the USA.

There will be many people out there that will say they saw this coming, however I found these people also predicted 10 out of the last 2 recessions. If you took their advice a few years ago you would have missed out on the global market rise of +30%.  There will always be commentators calling a top or a bottom to this market. Sorry to say, but even a broken clock is right twice a day!!!

Despite the recent market volatility, we don’t believe the share market rally that began in 2009 is over. However, this rally is one of the longest and largest on record, pushing valuations to expensive levels, especially in the US. These valuations mean that the five to ten-year outlook for equities is less positive than it has been in a while. However, over the next 12 months, economic strength should support corporate profit growth, providing support for equities. Although we believe equities have started to become expensive, especially in the US, sentiment does not appear to be at the euphoric levels that signal the end of the bull market.

It is important to focus on the fundamentals. The global economy is currently growing at its fastest pace since the financial crisis. We expect this strength to continue into 2018, with the recovery eventually being brought down by tighter monetary policy at some point over the next few years. Stronger capital investment and productivity growth should support economic activity overall, although productivity growth in the developed world is unlikely to return to the levels seen in previous decades and has been an area of disappointment.

In 2018, we expect bond yields to rise more materially as the Federal Reserve (Fed) continues to raise interest rates and global quantitative easing (QE) is slowly replaced by quantitative tightening. We believe we are at the early stage of a multi-year exit from QE and zero or negative interest rates in the developed world, which will put pressure on returns of government bonds. Exceptionally loose monetary policy has, at last, led to what appears to be a self-sustaining and self-reinforcing expansion that will slowly lead to monetary policy being normalised. The process of normalisation is most advanced in the US, which has already started to reduce the size of its balance sheet and raise interest rates.

The biggest risk to financial markets is if the Fed raises interest rates more aggressively than expected. If the Fed does so because of economic strength, then the impact on equities and other risk assets may be modest. If the Fed does so because it is concerned about higher inflation, then this could be more of a challenge to asset prices. Various remaining geopolitical risks are difficult to quantify, such as the risks of a trade war involving the US or a further escalation in tensions between the US and North Korea.

In summary, we are in a late cycle – but the last year of a bull run can be profitable, and we don’t expect a recession in 2018. As such, we remain positive on risk assets, but may turn more defensive if the US Fed tightens more than expected.

We hope this article helps put the recent market havoc into perspective.

As always, if you wish to discuss this further, please feel free to contact our office.

The CBD Team
Terry Panigiris , Angela Menendez,  Elise Hamill, Nicholas Bregolin and CBD Corporate Financial Centre Pty Ltd t/as CBD Advisory are Authorised Representatives of ASVW Financial Services Pty Ltd.
​ABN 27 007 261 083 I AFSL 446176.
​
Any of our content that may be considered to be advice has been prepared without taking account of your objectives, financial situation or needs.  Before you act on the advice, you should consider whether it is appropriate to you, having regard to your objectives, financial situation and needs.  Where this advice relates to the acquisition of a financial product, you should obtain and consider the Product Disclosure Statement for the product before you make a decision about whether to acquire the product.